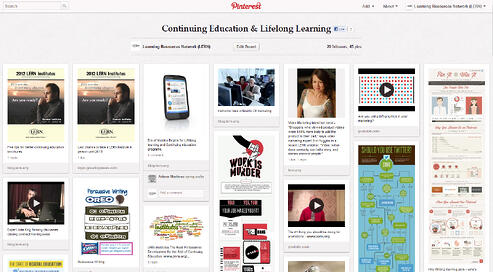 By now you’ve probably heard about the hottest new social networking site – Pinterest.com. It made big news earlier this year when it increased its unique visitors by 155% in just one month, from December 2011 to January 2012.

Pinterest is a new form of social networking, too. It allows users to “pin” images or video to boards that they set up. The boards have a common theme. It also allows users to comment on other user’s pins and repost them.

Users are Pinterest are predominantly female (68%) and the majority are age 54 and younger (89%).

Is Pinterest something your continuing education program should including in your social media strategy? The short answer – yes. The growth of Pinterest means that it’s going to be a powerful force for marketers – if it’s used correctly.