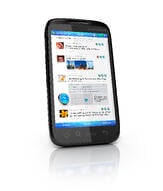 With the advent of iPhones, Smartphones, and other hand-held devices we use to access the Internet, it’s being reported that the World Wide Web as we know it is currently in decline.

“The Web Is A 'Shrinking Minority' Of Internet Traffic,” reports National Public Radio.

Does this mean the end of web pages? Of course not. However, as our lifelong learning customers move away from their PCs as their sole connection to the Internet – and toward mobile devices – staying ahead of the curve may mean taking a shot at creating mobile Apps that help our customers stay connected to our programs.

A mobile app – or application -  is software that is designed to run on handheld computers, personal digital assistants (PDAs), enterprise digital assistants (EDAs), smartphones, iPhones, and cellphones. The same webpage that is efficient for someone surfing the web on a PC is difficult to use with the small screen of a hand-held device. If you want to access something like Facebook or Twitter from your iPhone, for instance, using a mobile app will format your Facebook or Twitter information so it’s easier to read and manage.