Buses will be primarily used to get people to a train station. 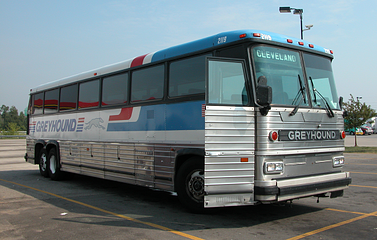 The inter-city bus routes of today will quickly fade as soon as train service is provided.

-Buses cannot provide as many amenities as trains.

-Highways will be deteriorating.

-Taxpayers will not want to pay 50 percent of the cost of bus transportation (highway infrastructure, no increase in gas tax).