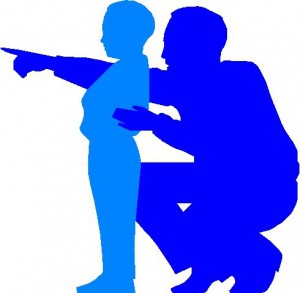 So do male faculty teach like their female counterparts?  The outcome of our first survey suggests kinda, sorta, but male faculty also show some evidence of male gender characteristics in their teaching. Here’s the results of our first survey. Since we are writing for faculty, you may find the survey inconclusive, statistically insufficient and/or invalid, not really about teaching, a bad survey question, or all of the above. But we found the question important pedagogically, and the survey results sufficiently fascinating to report.

Guys versus gals
The survey question asked whether a student should choose an answer on an exam that conformed with the textbook, or with the teacher. We compared faculty responses to the question by the sex of the faculty member.  Then we did another survey to another set of faculty with the same question, only stating “if you were a student,” to see if the results differed by gender when the faculty member responded as a student rather than a teacher.

Textbook versus Teacher
The situation was actually a true case. In an economics course on micro loans, the textbook says a micro loan is less than $250, but the teacher says a million dollar dam in an underdeveloped country qualifies as a micro loan.

The research on gender would predict this and find the female faculty responses totally consistent with how females behave in the classroom.

The number and strongly felt wording of the comments is also a gender characteristic that the literature would support as a male trait.

Responding from the perspective of a faculty member (“Should a student…”), just 58% of faculty favored the Teacher and fully 42% (37% of female faculty and 50% of male faculty) said to respond according to the Textbook.

Statistical Validity
As we mention above, the “if you were a student” for combining the male and female faculty was statistically valid. The worse it could be if we surveyed every faculty member in every institution would be  an error range of 17%, making the worst possible scenario 58% for the Teacher and 42% for the Textbook, still a significant difference.

Combining the “if you were a student” with “should a student” (presumably a faculty viewpoint) results, there is an outside chance the results could be 50-50 (no difference) if we surveyed every faculty member on the planet.

There were not enough survey respondents to achieve statistically valid results between male faculty members and female faculty for “if you were a student” and “should a student” questions.

Male faculty comments fell into three general areas.  Of more interest is the number of male faculty members making comments (the survey did not request or have an obvious space for comments), and the strongly felt wording of those comments.

The most prevalent kind of  comment was about resignation, accepting reality and playing the game. “This is a life lesson,” said one. “You have to learn to pick your battles.” “When in Rome,” said another, “bow to Caesar.”  He began another sentence with the word “Unfortunately,…..”

The Textbook is Correct
From a literature search on the definition of “micro-loan,” we could find no definition coming anywhere close to the Teacher’s contention that a million dollar dam would qualify.  There were a number of different dollar amounts placed on the limit of a micro-loan, all of them being so far less than a million dollars that there should be no question about the correct answer.

What the Male Student Said and Did
So here’s what the male student in our true story said he would do.  “ I’m  going to give the correct answer…..regardless of what the teacher says,” he concluded.  This is very male characteristic behavior.  And of course he chose the answer according to the Textbook.

Males are far more geared towards the work place than the schoolroom. Male gender characteristics tend to be those that are valued in the workplace, such as challenging the status quo, creating something new and different, and competition.

While the survey results were hardly conclusive, the intriguing responses from male faculty suggest they do indeed exhibit some gender based male characteristics as teachers.